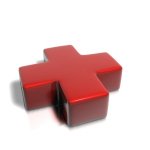 This channel recognizes and categorizes all things health related - both body and mind.

Aside from obvious physical health-related videos that have to do with the human body, conditioning, and diet, mental health conditions such as OCD, schizophrenia, depression, etc. are all appropriate here.

Also, all health care related topics are appropriate for this channel.

It is sure messing up everyone's lives! I guess many of us will be online like in VS.

I hope everyone stays healthy!

Republican senators have unveiled their new Trumpcare plan—and it will take a wrecking ball to health care in this country.

Join Senator Bernie Sanders, OH SEIU 1199, and MoveOn.org in Columbus to stop the Republican effort to repeal our health care. Demand that Senator Rob Portman vote “NO” on the latest Trumpcare bill in the U.S. Senate.

The latest Trumpcare bill was just released on Thursday. It would leave millions without care, eliminate funding for Planned Parenthood, and give massive tax cuts to the wealthy. This Senate bill makes even bigger cuts to Medicaid than the bill passed by the House.

Republicans want to vote next week. But if just three Republicans reject Trumpcare, it can't pass.

Firstly, I would like to thank all of those on the Sift who have been so kind as to help me get started on this site, and within this community: Eric3579, Newtboy, Ant, PlayHousePals:)

I recently posted a video, the topic of which is a movement towards free education in America. Another topic brought up in this video is that of a higher wage for Americans($15/hr). My background being in Banking and Finance(I work at Lloyds Banking Group) spurred me to write out what I believe in this talk forum:)

The plain fact is that America cannot operate as other countries in the EU. Not only that, but many countries in the EU don't work well at all(Just look at Greece). The only truly stable economies in the EU are Britain, Germany, France, and Russia. Of these, France and Spain are the most economically unsound, and they are both Socialist-based. Germany has a free education system, and they still have an amazingly resilient economy. They aren't socialist, but can afford a free education system without higher taxes simply because they do not spend tens of billions a year on huge federally run healthcare systems and lofty, inadequate-to-superfluous welfare programs that target the poor. Germany also accepts little to no mass immigration of any kind, requiring many to have Germanic ties before becoming citizens. This, combined with strong capitalist economic practices, provides for a system with a stronger middle class(not upper) than all the countries in Europe except for Britain, and, a free education system.

Not that I am advocating America copy Germany's model, however, I am simply showcasing what an economy needs to be operational, and provide benefits for the people. America isn't functioning on Capitalist practices, as much as many would like to tout. The entire Free Market Capitalism originally brought about by the American economic system isn't being used. The Government spends whatever it wants(under the Obama administration, the national debt IS OVER $18 BILLION!!!!!!), debts are NOT paid back, tax loopholes for corporations are not dissolved, and BILLIONS in Federal funds are just given(yes, given) to the "poor" through welfare programs that, instead of helping American Citizens, help immigrants...

If America cut the loopholes for companies, abolished the horrible "Obamacare" healthcare system(and adopted a better model, such as the UK's), Stopped mass immigration(and provided for gradual immigration, ensuring the mass amount of immigrants actually contributed to the economy), dissolved the immense amount of welfare programs, and went back to free-market capitalism, then yes, there could be provided for a Free Education, and possibly a higher minimum wage...

Currently, however the demand for $15 an hour minimum wage, It wont work. Not in America. Businesses cant have enough money to pay people a substantial $15 an hour and provide health benefits. It would be a disaster. Not only that, but it is a clear disaster that people should have the sense to realize.

I think that continuing would only prove redundant, although I welcome discussion:)

There's been a few articles on the perils of sitting down for extended periods of time and how standing is much healthier for you.

I really want to raise my desk but it seems like a hack your own solution at this point in time given the prices of custom made standing desks.

Thus I've decided to build the last desk featured in this article and chuck my old one out. Ikea delivery next Friday! I've got to chop a few bits off to make it fit but it looks like a sweet design.
http://priceonomics.com/desks/ikea/#standing-desk

And there's a ton of others, just google for more!

One of the most dishonest defenses of MC (male circumcision) is that it provides health benefits, and a recent "study" seemed to support that fact with regards to HIV. I have already argued that the study was flawed (not to mention how unethical it is to mutilate a child in order to "prevent" a sexually transmitted disease), but have recently come across an article which breaks down the "studies" much more thoroughly and scientifically, and offer it up here in wake of Germany's recent ruling on circumcision*:

Check the links the article provides as well for more on the issue, from a scientific as well as ethical standpoint.

I just made a videosift group. You should join.

I can at will crack my:

All toes
all fingers
my neck
most of my back, possibly all ( I am not a bonologist)
my elbows
my wrists
my tail bone
both knee's ( thats a long painful story)

"Experts estimate that as many as one-third of Americans have a condition known as fatty liver."

Hi, I'm your resident Cassandra. I'm gonna lecture you on liver disease. You should stay tuned, as this disease is both common, and easily treated at home.

I started having fatigue after large meals. Since the fatigue would come and go, I learned to ignore the symptoms.

Last month after more fatigue, I went to the doctor. The doctor read my blood work, mentioned fatty liver, and then said fatty liver couldn't be the cause of fatigue, because "everyone has fatty liver". Now I need a new doctor.

The Three Stages of fatty liver
1. Steatosis (you have the health of a heroin addict)
2. Hepatitis (Oh-Oh)
3. Cirrhosis (Time for a liver transplant)

check yourself for symptoms


Symptoms may not be present until the disease is advanced, and may include:

A really interesting interview with Robert Whitaker about his new book titled "Anatomy of an Epidemic: Magic Bullets, Psychiatric Drugs, and the Astonishing Rise of Mental Illness in America".

This book sounds fascinating. I might just pick this up.

Dr Phil Boyle, who runs a fertility treatment practice in the Galway clinic, which has a Catholic ethos, declined to treat the couple due to his belief that only married people should have children.

Details of the case are reported in today’s issue of The Irish Catholic newspaper. [lol]

Dr Boyle, who could not be contacted yesterday, was ultimately found not guilty of professional misconduct.


He was accused of refusing to treat a patient and of not referring the patient to another doctor. However, the committee accepted the couple had not become his patients, and that he was not given a chance to refer them to another doctor even if he had wanted to.

The Iona Institute, which promotes the place of marriage and religion in society, condemned the Medical Council’s treatment of the doctor.

It said Dr Boyle’s right to practise his profession in accordance with his conscience has not been recognised, and is not recognised in the Medical Council’s ethical guidelines.

Dr John Murray of the Iona Institute said: “We deplore the treatment of Dr Boyle by the Medical Council. He should never have been called before its fitness to practise committee. The fact that it heard a professional misconduct charge against him is simply grotesque.”

He added that Dr Boyle practises his profession in accordance with his Catholic convictions, and therefore he only offers his fertility treatment service to married couples. “The Medical Council must recognise his right to follow his conscience in this regard.

“By accepting this case, the council is saying, in effect, that physicians with long accepted religious beliefs are no longer fully welcome in the Irish medical profession. This represents a direct attack on freedom of religion and conscience.”

He added: “We believe there should be an immediate change to the ethical guidelines of the Medical Council to properly protect the right of conscientious objection, which is one of the most fundamental freedoms of any civilised society.”

The couple who complained to the Medical Council could now take their case to the Equality Authority on the grounds that Dr Boyle is in breach of the Equal Status Act, which outlaws discrimination in the provision of goods and services on the grounds of marital status. If he were found guilty and fined, the case could potentially find its way to the Supreme Court, where the constitutionality of the Equal Status Act may be tested.

The legislation currently makes no provision for freedom of religion and conscience, both of which are recognised as rights by Article 44 of the Constitution.

I was reading Matt Yglesias today, and he found a gem from the libertarian hero and Austrian economist, Freidrich Hayek:

Nor is there any reason why the state should not assist individuals in providing for those common hazards of life against which, because of their uncertainty, few individuals can make adequate provision. Where, as in the case of sickness and accident, neither the desire to avoid such calamities nor the efforts to overcome their consequences are as a rule weakened by the provision of assistance, where, in short, we deal with genuinely insurable risks, the case for the state helping to organise a comprehensive system of social insurance is very strong. There are many points of detail where those wishing to preserve the competitive system and those wishing to supersede it by something different will disagree on the details of such schemes; and it is possible under the name of social insurance to introduce measures which tend to make competition more or less ineffective. But there is no incompatibility in principle between the state providing greater security in this way and the preservation of individual freedom.

I, for one, find it shocking that Friedrich Hayek is too liberal for today's tea/Republican party.

I'd post a poll, but we've still got another two days of getting a read on how people feel about Olbermann's use of silly voices.

Here are the options I'd give: 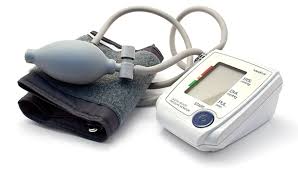 For those interested in health care debate to mental health diagnoses to general well-being and nutrition, we now have the place:

So feel free check the "Health" checkbox when sifting when applicable. It's there now.

» What is this RSS thing?

Not yet a member? No problem!
Sign-up just takes a second.

Not yet a member? No problem!
Sign-up just takes a second.